*this post contains affiliate links. if you follow the link and purchase anything you will not be charged anymore, however, I may be paid a small commission*

I was wondering what I should use for my first post on my new website and as I was going through everything I’d prepared for it I came across this one Wilde Like Me by Louise Pentland. I think it fits well as a first post because it’s a book about a Make-up artist and I just thought that it went well, so enough of my ramblings, and enjoy!

Wilde Like Me: Curl up and get cosy with the number one bestseller

I’ve followed Louise for a few years on social media, I’ve always enjoyed reading her blog. So when I saw she had released a book I was looking forward to seeing what it was like.

I enjoyed the storyline and the character of Robin. There weren’t really that many surprises within the plot, however, I thought the themes and certain scenes resonated with me.

Mental health is a theme that runs through Wilde Like Me. The representation is believable and handled extremely well. The subject of Robins mental health is handled delicately and subtly. It isn’t constantly shoved in your face and that worked.

I found the scene in NY very powerful. Robin’s reaction and how she handled the situation added another level of power to her character. She takes control of a situation and makes a difference to people around her. It could possibly seem unrealistic because the timescales everything happens is much faster than that of the ‘real world’. I do however feel that it began to explore an important issue.

Finally, the scene that resonated with me the most was the final scene between Robin and the love interest Theo. In the scene, he says the line;

‘Yes, Robin, someone like you. I hate to break it to you, but not a lot of guys like me would be interested in a single mother with a part-time job applying lipstick!’

As an aspiring make-up artist, I found this made me think. Even now as I’m starting out I am already hitting resistance from others who don’t feel that it is a ‘proper’ career. I found the response from Robin in this book helped me think about my own responses to negativity I am most likely to encounter as I progress.

As I said nothing that surprised me in the storyline but enjoyable none the less. Within Wilde Like Me, many people have criticised Lousie’s writing style. People also found her main character was too close to herself in personality.

I can understand where people are coming from in terms of her writing style. Louse uses a conversational voice, reading like a blog. However, I don’t think this is a bad thing. Many people spend a lot of time reading blogs, that are often very conversational in the same way as this book. In this current climate of blog’s this writing style would be more familiar and preferred to readers. Writing styles are also forever changing. People still read the likes of Tolkien and Dickins in 2018. How many contemporary novels have you read recently they have the same writing styles as those authors?

In terms of Louise’s character Robin being too similar to her own personality. Admittedly when I began reading this book I did see these comparisons. Thinking on it further thought I realised, one of the main pieces of writing advice to see is, ‘write what you know’ so it would make sense that she would draw from her own experiences and personality when creating and writing the book.

Author, actress and YouTuber Carrie Hope Fletcher did a very informative video discussing this subject that I really agree with. I’ll post the link to this video, however, in a nutshell, Carrie; who has had similar criticism to her own work; says that one of the main reasons that readers can make these comparisons between the author and characters, because these authors put so much of themselves and their lives on the internet. She points out that it is probably true of many authors that characters have traits of themselves, but as a reader when the authors aren’t so publicly know, the author can become a faceless entity and the characters and personalities unto themselves.

So have you read Wilde Like Me? Let’s talk in the comments. I’d love to know what you thought if you agree or even disagree with what I’ve said. 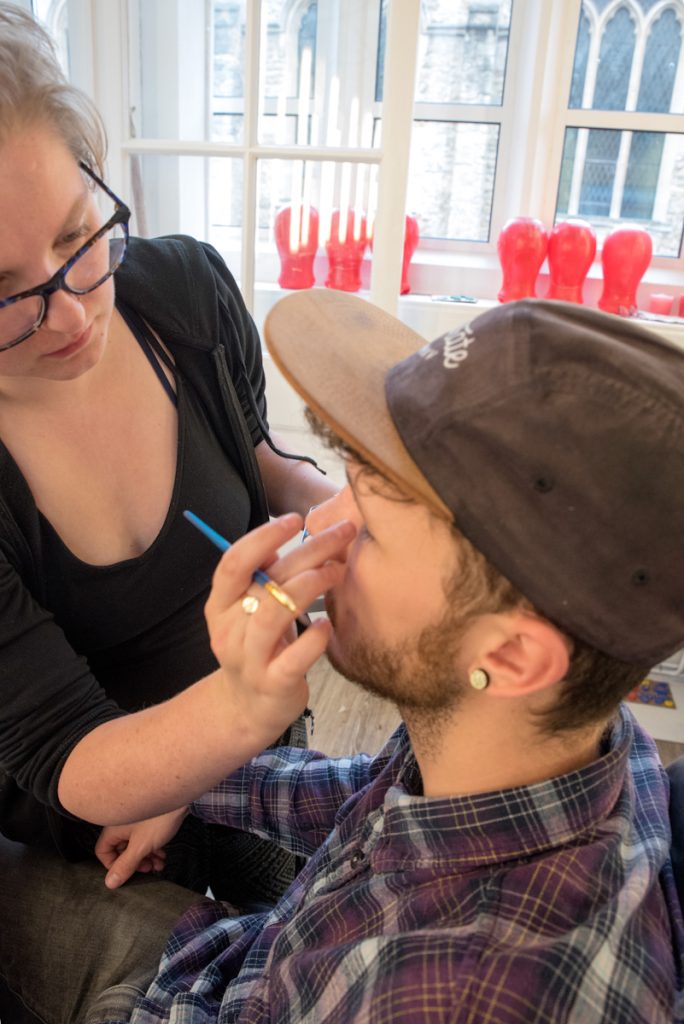